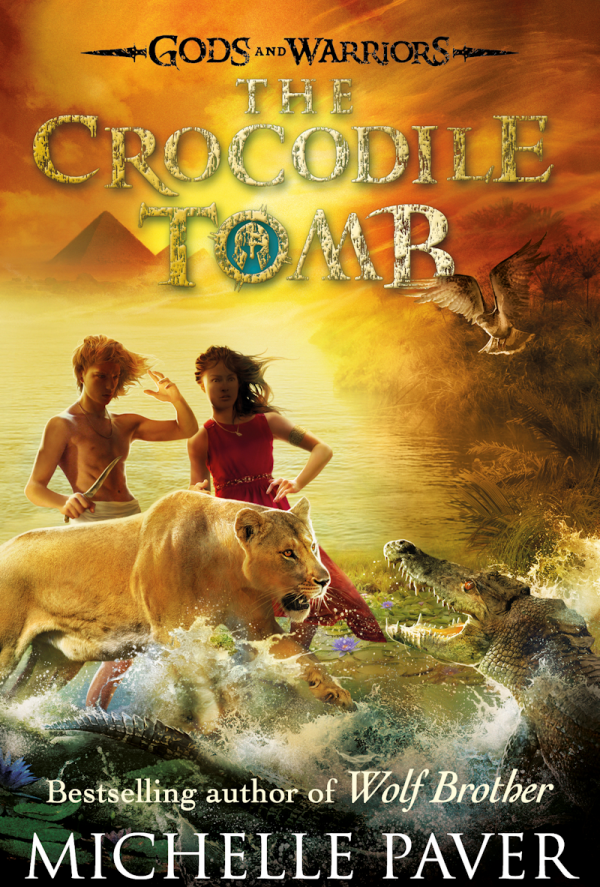 A country at the edge of the world.

Hylas and Pirra have found their way to the mysterious land of Egypt in pursuit of the dagger of Koronos, only to find that the Crows have got there first. Led by Hylas’ deadly enemy, Telamon, they are determined to recover the legendary blade, by any means necessary.

But the dagger now lies buried beyond the reach of mortals. If Hylas and Pirra want it back, they will have to make the most dangerous journey of all – into the realms of death itself…

The Crocodile Tomb is the fourth book in Michelle’s Gods & Warriors series.

I was going through quite a miserable patch while I was writing this story, so it was a relief to immerse myself in Ancient Egypt: all that light and heat, those amazing colours, and above all, the incredible wildlife. I've often visited Egypt over the years, and some of my best times have been spent watching the creatures of the reedbeds along the Nile: stripy black and white kingfishers hovering over the water; giant lizards; emerald-green bee-eaters; and my own personal favourite, the purple gallinule. They're waterbirds related to moorhens, and as big as a chicken. They're also bright purple, with scarlet legs and beak and extremely shy. To see them, I staked out a patch of reeds around dawn, and waited for ages. I can still remember the thrill as I saw the reeds begin to stir, then caught my first glimpse of a surreally purple wing, followed by a large scarlet foot planted silently on a lily pad. [embed]https://vimeo.com/45851254[/embed]