The Eye of the Falcon 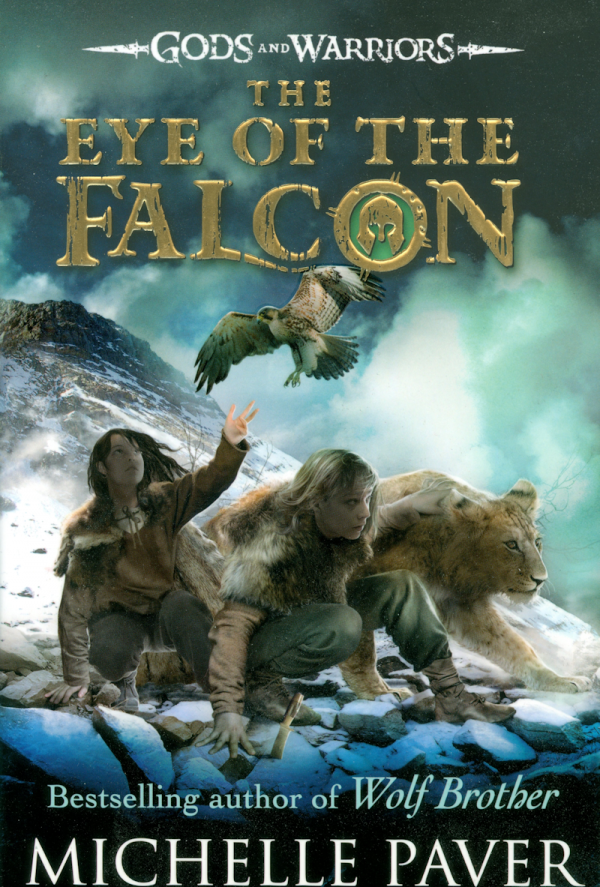 Winter has been colder than anyone can remember – and there is no spring. The terrible eruption of Thalakrea has shrouded the sky in ash and blocked the Sun.

The winds of Fate bring Hylas to the island of Keftiu. He is desperate to find his friends: Pirra the daughter of the High Priestess and Havoc the lion cub. But Keftiu has suffered more than anywhere from the fury of the gods, and the once-prosperous island has been ravaged by cold, famine and plague.

The Eye of the Falcon is the third book in Michelle’s Gods & Warriors series.

Volcanic eruptions, ash clouds and tsunamis must have been even more terrifying in Hylas and Pirra's time, as they had no idea how such things were caused. This third story is all about the aftermath of a cosmic disaster, so I decided to set it in a savage, snowy volcanic winter. But as it turned out, I ended up writing it during an extremely hot summer. I found that surprisingly useful: there's nothing like being really hot and sticky to help you write about being lost in a blizzard. Since the climax of the story is set in the House of the Goddess, I returned to Crete, to take another look at the Minoan ruins. One night, I woke briefly in my hotel room, to find the bed shaking from side to side, and the light swinging overhead. As I do sometimes get dizzy spells, I simply thought it must be one of these, and went back to sleep - only to find out the next morning that it had been an earthquake! I was a bit miffed that I hadn't realized at the time, woken up properly, and paid more attention. [embed]https://vimeo.com/57132095[/embed]